As West, you hold:

and the opponents reach 4

as shown below. What is your opening lead? 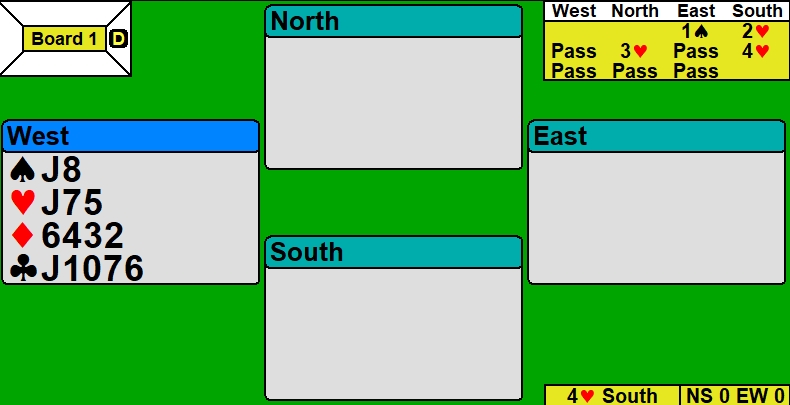 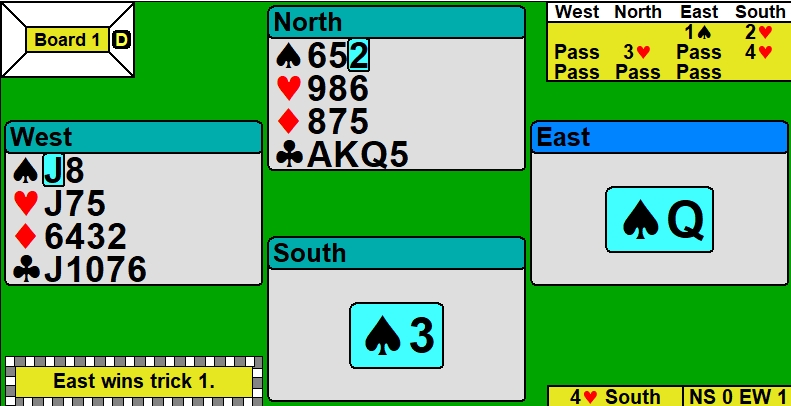 What do you know about the spade suit?

AKQ10x (or longer).  Probably all of the top spades (declarer couldn't risk holding up his ace in case the

At trick two, partner takes the

A (confirming that he started with

K as shown below. What do you play on this trick? 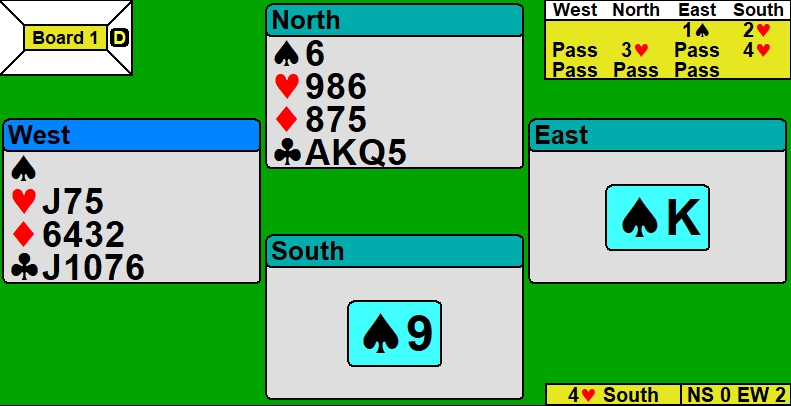 2. Don't trump your partner's winner. Discard. A low diamond will say you don't like diamonds. Partner knows you can't like clubs. Accordingly, you hope he gets the message that another spade is a good idea.

Partner gets the message and plays a fourth spade as shown: 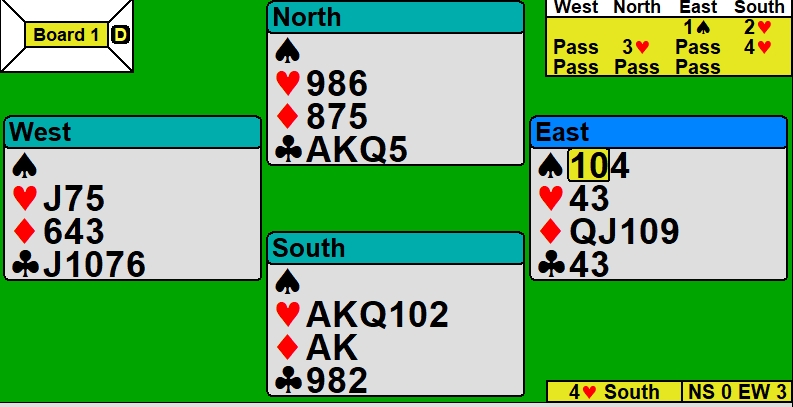 What will the result be?

down 1. As you hoped and knew, this play promotes a trump trick for you. If declarer trumps high, your

J will become a trick later. If declarer does anything else, you can score your

.
Your result so far: 100 %
Yes, I’d like to sign up for Larry’s free educational newsletters containing interactive bridge hands, quizzes, and articles! No thanks