Previously in this series, we covered the "front" of the convention card, culminating with weak two-bids. ACBL members will note that there is one more "front section," namely "other conventional calls." We will deal with those throughout this series, and fill in any gaps at the end.

For now, we move to the "back" of the card and start off with DOUBLES. 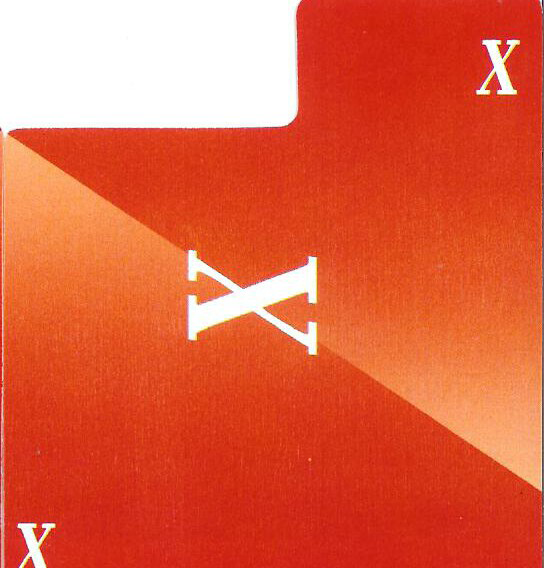 Takeout Doubles aren't really noted here (but later on, there are a few sections which deal with them).

The first important double to discuss with partner is the NEGATIVE DOUBLE. Many years ago, after we opened the bidding and the opponents overcalled, a double was for penalty. This ineffective method was overturned when Al Roth invented what was first called Sputnik, named after the Russian satellite in the late 1950's. Now, when the opponents overcall, our responder's double is not for penalty. It is "takeout," or "negative" with the focus on the other major.

There are two crucial issues to discuss and two smaller ones. First the big stuff:

Doubles section of the Berkowitz-Cohen Card

Many players mark their convention card: "through 2

." This is not a good agreement. If you are writing "through 3

," do you mean to tell me that when the opponents overcall, say, 4

, that you magically expect to have a trump stack and want to double 4

for penalties? Pretty silly. I recommend negative doubles "through infinity." In fact, the higher they bid, the less likely you are ever to be dealt a penalty double. Doubles on any level should NOT show length/strength in the opponent's suit. They should all be takeout/cards.So, don't limit yourselves by marking through 2

2. What suits does the negative double show?

In general, the other major(s) is promised. If responder can't stand a suit that opener selects, he needs to have a backup plan (often tolerance for opener's first suit). If the opening is 1-of-a-major and they overcall the other major, a negative double typically shows both minors.

The "smaller" issues are the following two specific auctions, which unfortunately require memorization:

These 2 auctions cause confusion among inexperienced players. There is no substitute or shortcut for these 2 "special" rules. They simply need to be studied, studied again, then practiced and memorized.

When playing negative doubles, what if the responder happens to have a penalty double? The way to "get them" is to pass (in tempo is a good idea) and hope the opening bidder can reopen with his own takeout double, to be converted for penalties.

There is plenty more on this topic (such as follow-ups by opener and responder)—but none of it needs noting on the convention card. I couldn't live without negative doubles. Everyone should play them, and they should be played on all levels (not just the 2- and 3-level). In general, the negative double shows the unbid suits, with the focus on the majors.


You might also consider getting Larry's book on Doubles and Redoubles HERE or try Michael's Doubles Webinar which you can find HERE.