American football fans will know of Brett Favre. He is the former Packer (and Jet and Viking) quarterback who kept saying he was retiring, yet kept coming back.

In Washington D.C., (summer 2009) everyone was teasing me. I was being called the "Brett Favre of bridge."

I was scheduled to "retire" from top-level competition with the 2009 Grand National Teams. I had no intention of playing in the premier event--the Spingold. 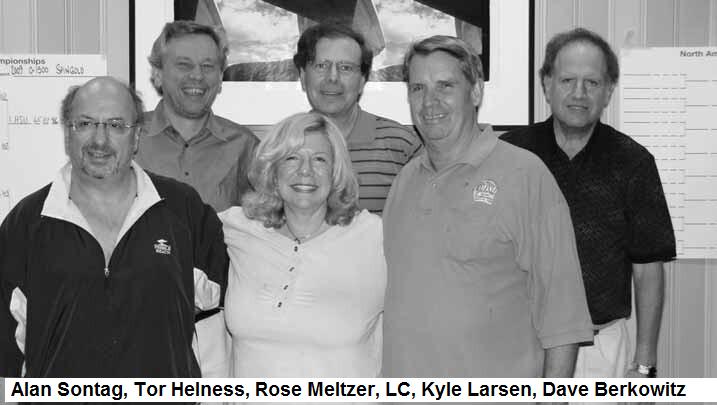 2009 Spingold FinalistsThings happen. A famous Norwegian player was suspended and I was asked to replace him.

The spot was on a team with my long-time partner, David Berkowitz, so we had one final fling.

We entered the Spingold on the 4th-seeded Meltzer team and survived a week of knockout matches against the world's best players.

I promise--this was my encore (at least for now). I have no plans to play in any upcoming bridge events.

Fortunately, this final tournament provided many interesting deals to write about.

Do You Speak Icelandic? (all levels)

A Nine-Card Suit and I have to Lead? (All levels)

Is This Really A Suit Combination?