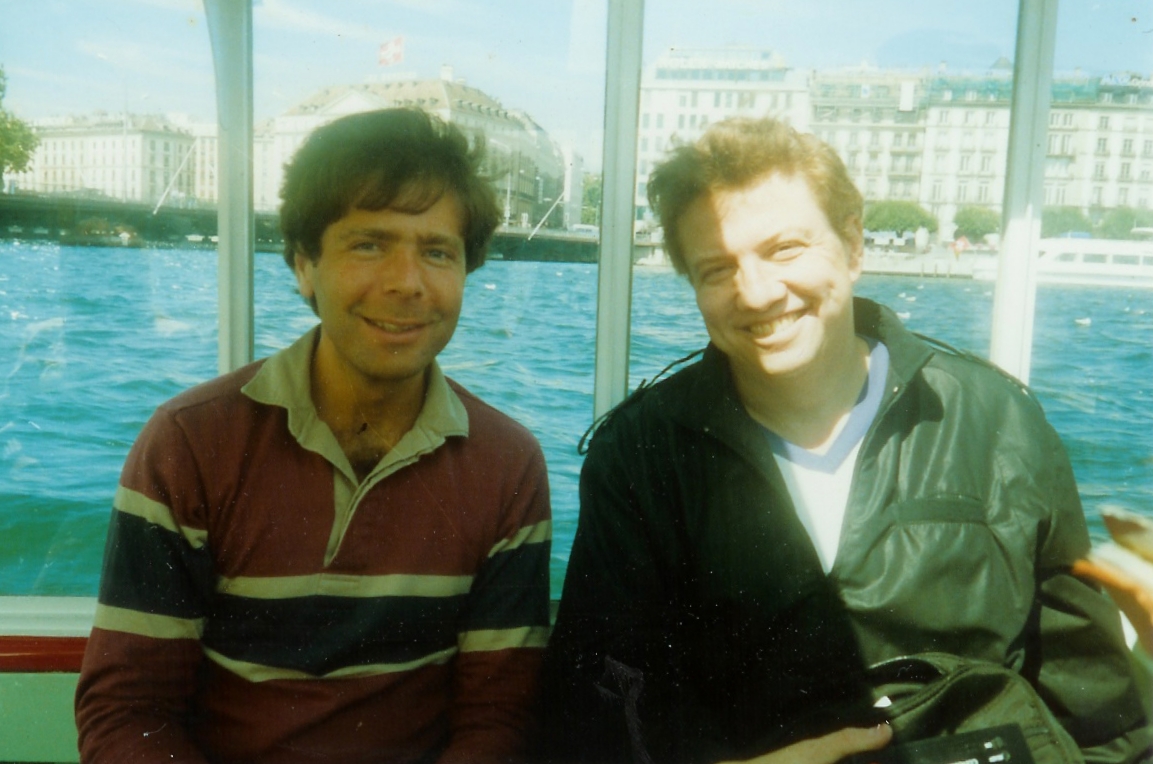 J. Goldfein, M. Cohen, B. Glubok, L. Slaner with Marty Bergen & Larry Cohen (far right)This photo is from 1984 when the Slaner team made it to the Spingold Finals!

I met Marty Bergen in the late 1970's. Marty taught me the LAW of Total Tricks, along with all the Bergen ideas/conventions. We became best friends and regular partners. In the early 1980's we won 7 national titles as partners.

In 1991 I switched partners. Marty was getting a bit too scientific for me. I liked to keep it simple--he liked lots of methods. We stayed best friends, but never played another deal as partners.

Marty soon retired from playing, but has since written 20 books and is very active as a teacher on land and at sea. He turned 60 in 2008 (we used to be so young--what happened?). The good news is that 60 means he is eligible for the hall of fame. I hope the voters will consider his outstanding record in a short period of time, combined with his huge contribution to bidding theory, writing, and teaching.

***Update:  Bergen-Cohen to reunite at a 3-day bridge seminar at the Wynn Las Vegas in June, 2010